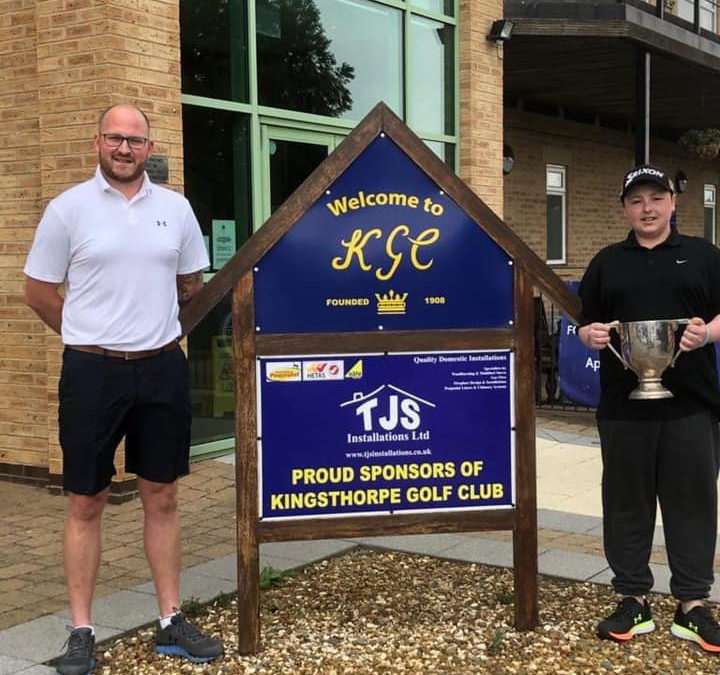 The Kingsthorpe Golf Club Championships held at the weekend proved once again what a great place KGC is to be a member of.

Both the Men’s and Ladies Championships were held over both Saturday and Sunday, with extremely testing weather conditions – and fast, smooth greens – the green keeping staff once again providing an immaculate surface to putt on.

Both days saw nearly 140 members battle a cool, ever-strengthening wind, with a few showers thrown in on Saturday, and a much sunnier (although even windier) outlook for Sunday.

Scoring was understandably tricky on both days, but the men’s competition saw Wayne Wright (Gross) and Sam Dunkley (Nett) both hold on to their overnight leads to win the Arnold Cup and Victory Cup respectively.

It was an even more poignant win for Sam and his family after his recent serious health issues – and every single member of the club and golfing community of Northamptonshire will be delighted to see him presented with the trophy by 2020 Men’s Captain Phil Summers. Well done Sam!!!

Mark Spence took the Sunday Plate with the best Nett score on the final day (78-16 = 62), and Paul Edwards endured an expensive (socially distanced) day at the bar after getting a hole-in-one on the Par 3 9th hole.

The Ladies two day Championships saw Lin Birch take the Nett prize, and Nadia Anderson the Gross. Once again it was great to get both versions of the Club Championships played on the same day – and the ladies didn’t let the pressure of a well-spaced crowd of gents watching them play the tricky 18th on both days get to them!

Next week we get to help Phil Summers celebrate his Captain’s Day! 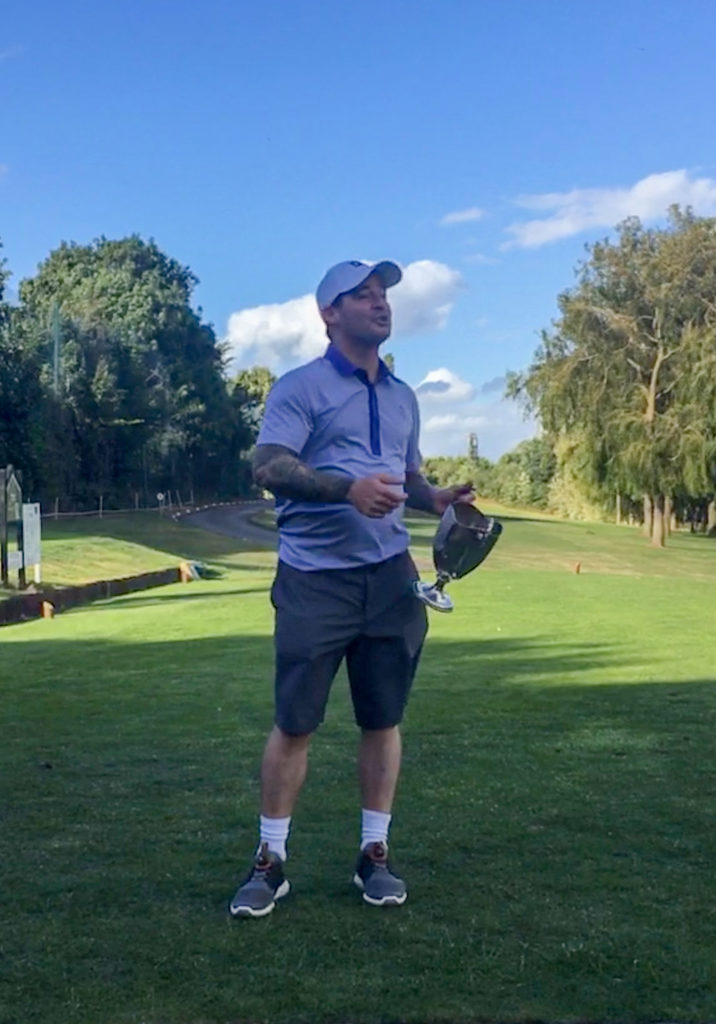 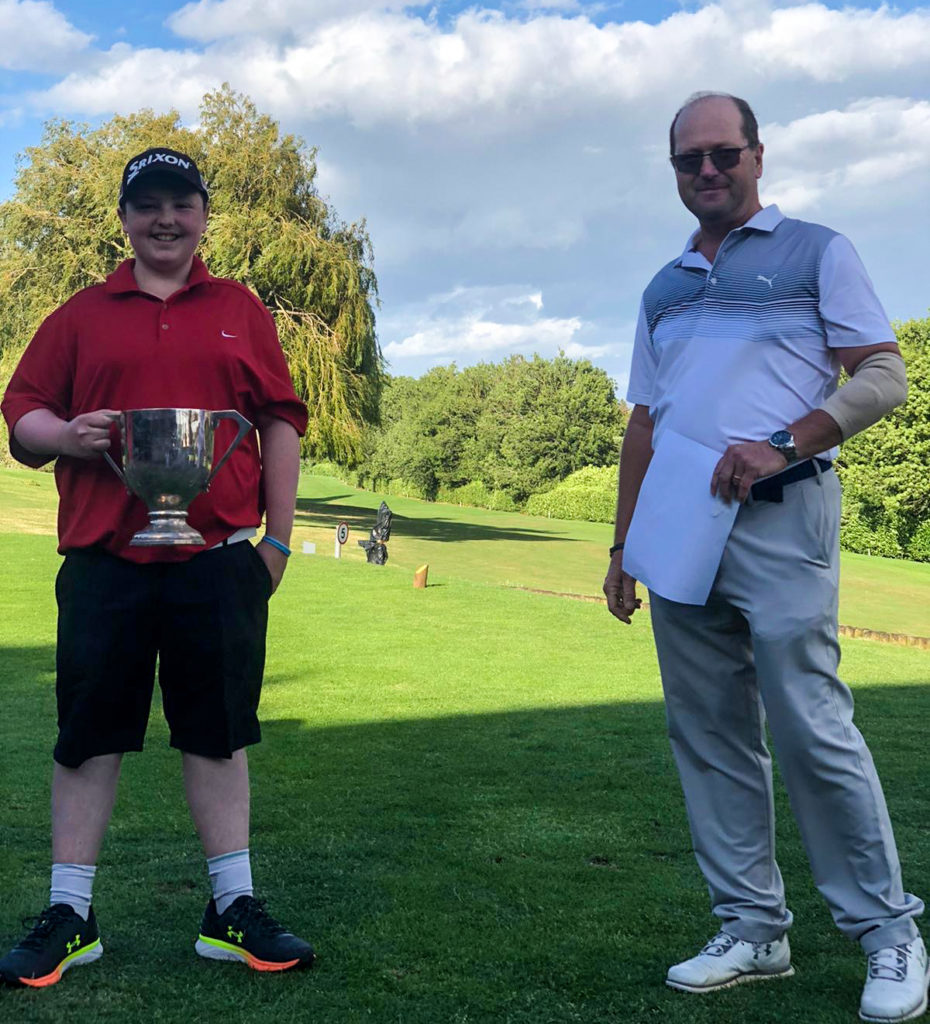 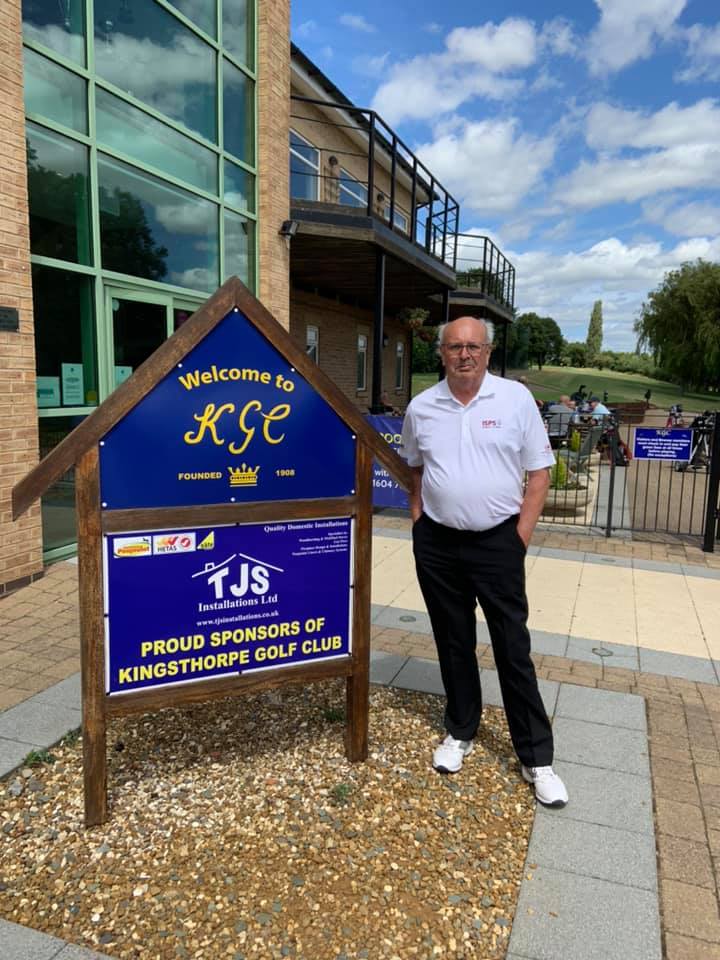 We use cookies to ensure that we give you the best experience on our website. If you continue to use this site we will assume that you are happy with their usage. Privacy policyOK